A History of Film Subtitles and The Growth of Video Translation |

A History of Film Subtitles and The Growth of Video Translation

With the advancements of mobile technology in the modern era, almost anybody can make a video.

Of course, making films does not involve the glitz and glamour of Hollywood for everybody, but a boom in Indie films over the last 20 years is now being followed by an explosion of video content uploaded to the internet.

Film and video have a promising future, but it also has an intriguing past that has shaped the way we communicate through motion pictures today.

The earliest known films were directed and produced by the French inventor Louis Le Prince, the first of which was the silent movie ‘Roundhay Garden Scene’ shot in Leeds, England in 1888.

In the absence of sound, Le Prince incorporated a musical accompaniment, but because language is such an inherent part of how films are communicated to the audience, film makers had to find a way of conveying a story to enhance films beyond a single scene or event.

In 1903, the epic tale of Edwin S. Porter’s ‘Uncle Tom’s Cabin’ featured the first use of language on screen. Known as “intertitles,” motion pictures now had text placed between film sequences.

And it enabled film makers to tell a story.

In 1909, M. N. Tropp came up with the idea to show additional text on the bottom of the screen below the Intertitles. The new technique was called “subtitles.”

Subtitles were cost effective and easy to do. Film makers could shoot a film and distributed it worldwide by translating the subtitles into various languages.

However, film makers faced communication problems in the 1920’s – ironically with the introduction of sound recordings in 1927. This enabled the audience to hear the actors speak.

Dubbing was subsequently introduced. This involved recorded additional sound tracks in a foreign language and inserting it into the original film. It proved to be a complex and expensive process. Film makers needed another idea.

So they reinvented subtitles whereby the text was readable at the bottom of the screen without interrupting the picture.

The trend became more prominent after World War II when European countries sought to lessen US influence from the screen and began shooting film in their native languages.

Because subtitles are the most cost-effective and least intrusive way of communicating language through video, they are still widely used today despite some film makers preferring the less effective dubbing technique.

The choice depends on the audience of course. In some countries, a lack of education means some people are illiterate, and other viewers do not like subtitles because they find them distracting and cannot read them quickly enough. 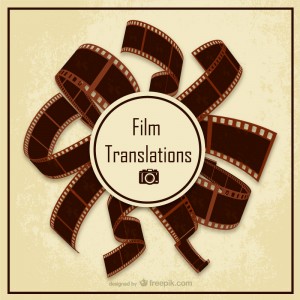 The idea of using subtitles in film was transferred to the television for Arthur Robinson’s film ‘Der Student von Prag’ which was broadcast by the BBC in 1938. However, the transfer from film to TV was not without its problems.

It became apparent that the subtitles were not as legible on smaller TV screens as the large silver screen and the audience could not read the subtitles quickly enough.

The solution was to mix images of the subtitles with the images of the film and run them parallel using a second film scanner. This allowed the production team to blend the subtitles and make the letters brighter so they could be more easily seen on TV screens.

Another method used was optical subtitling which involved typing the transcript and inserting the subtitles manually into the scanner one at time in synchronisation with the film sequences.

This painstaking and somewhat crude method was replaced with a trial method of using an automated system – but the machines proved unreliable, somewhat like the automated translators available on the internet today.

The introduction of typography machines allowed TV producers to perform “rapid subtitling” whereby text was punched into cards and inserted on to a film roll or shot with a TV camera using image inversion so the text showed up as white on a black background.

Video captions in the digital age

Creating subtitles for video footage is far easier in the digital age than in the past. Specialised computers allow subtitlers to access individual frames and insert captions in precise locations within a frame.

Modern computer software enables technicians to state exactly where they want the captions positioned, when the text should appear and when they should disappear.

Subtitles are created on separate transcripts and given a time code measured in feet and frames. Digital media players like VLC allow anybody to insert subtitle files into foreign language films.

Even video hosting platform such as YouTube enable video makers from all over the world to communicate their message by adding subtitles and closed caption from the Video Manager.

Film makers and businesses looking to tap into an international audience therefore have all the tools they need to convey their message. But even in the modern era, the use of language in video is not without its complications.

Sentence structure, terminology, colloquiums, jargon and how you address a person differs from one country to the next. If you are a business hoping to earn the trust and loyalty of a foreign audience, you need to know how to communicate with them effectively.

Multilingual translation companies play a massive role in video translations for B2C companies. Effective communication to consumers is not merely about breaking down language barriers, but building relationships with your audience.

Professional transcription services do more than merely adding subtitles and captions to your video. There is a greater need for ‘localisation’ – communicating your message in a way that it is intended to be received.

Localisation involves translators modifying the original language so that the cultural differences communicate to the target audience. It is subtle differences in language that can make a huge difference in audience engagement. 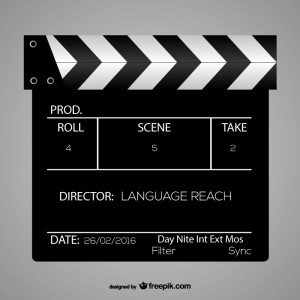 The growth of video translation for businesses

Online video is growing at an exponential rate and with 78% of internet users watching video online every week, the production of in-stream video ads is a vital marketing strategy.

The rapid growth of multimedia content also increases the demand for translation agencies and services to cover a broader diversity of content including voice over, e-learning, corporate videos, animations, in-stream ads and multi-lingual DVD production.

As more businesses begin to understand the benefits multimedia content has for the growth and success of their company in a global market, marketing communications are likely to become more specialised and orientated to niche markets.

The shift to online video advertising is already having an impact on linguist service providers. Projects are becoming more complex and video translation is becoming more advanced.

The need for localisation in video ads will continue to evolve as it becomes more important for businesses to capture an overseas market. And looking back at the history of film, it’s easy to see there will always be a place for video subtitles.