A perfect day to share interesting facts about the English language |

A perfect day to share interesting facts about the English language 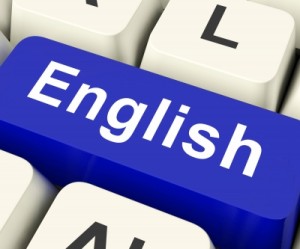 Today is a lot of things, as well as being a beautiful spring day, it’s also St George’s Day, and not only this, but today also marks the celebration of Shakespeare Day. And in honour of all things English, we’ve decided that there is no better way than to celebrate the wonders of the English language than by sharing some interesting facts with you!

English as a global language

Not only is English one of the most spoken languages in the world, but it is also one of the official languages of business. The English language is also very prominent on social media and the internet, truly making it a global language.

How many ‘E’s can you spot?

The letter ‘E’ is the most frequently used letter in the English language. According to the Bloomsbury International Blog, one in eight of all letters written in English contain the letter ‘E.’

Put together by the United Nations, the first celebrated English Language Day took place in 2010. It was marked as a day to celebrate diversity and multiculturalism.

Look at the wonders of the word ‘queueing’

This word isn’t receiving attention for being very tricky to spell. No, it’s receiving some well-deserved recognition for being the longest word in the English dictionary that is made up of 5 consecutive vowels.

Did you know that the English language is highly ranked as one of the happiest languages in the world. And to make the language an even happier one, the word ‘happy’ is used three times more often than the word ‘sad.’ How great is that!

So, to make this argument valid, we’ve decided to begin our sentence with the letter ‘S’.