Why Businesses Should NOT Use Automated Translation Tools |

Why Businesses Should NOT Use Automated Translation Tools

This Is Why Businesses Should NOT Use Automated Translation Tools

Any translation agency will tell you that free automated translations tools available online do serve a purpose. But cross-border businesses looking to communicate with a foreign audience is not one of them.

From the view of a professional linguist, it is understandable that businesses might be sceptical about this advice. Of course translation companies are going to say their services are better than automated translation tools.

But it is true.

And all the evidence suggests it will stay that way for the foreseeable future.

Despite the best efforts of technology corporations like Google, Microsoft and Bing, online translation tools will fail businesses. And in this article we shall highlight some very real examples. 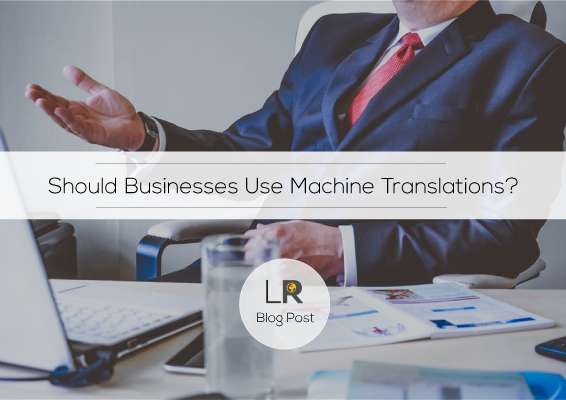 How do automated translation tools work?

Before we get into the defects of automated translations tools, let’s take a look at how machine learning technology functions.

Machine learning is a field of research that aims to program computers to learn through experience – much like we do as humans.

Over the last decade, online tools have raided multiple sources and built a database of words sentences and phrases.

Google Translate for example uses billions of translations taken from across the internet together with translations performed by professional linguists such as political and legal documents from European Union meetings.

By using Statistical Machine Learning algorithms that detect language patterns, computers churn out the most likely translation. But as we shall see, “most likely” is another term for guess.

The business risk of relying on Google Translate

With access to such vast sources of information, it is reasonable to expect Google Translate to perform to relatively high standards – especially when interpreting foreign websites that typically use basic language.

Yet in most of the 103 languages, the results are outstandingly poor. Take this example from a mainstream Vietnamese Sports Station.

The translation would not ordinarily be complicated to a trained language professional or anybody with a basic grasp of Vietnamese to English skills, but Google translate came up with this: 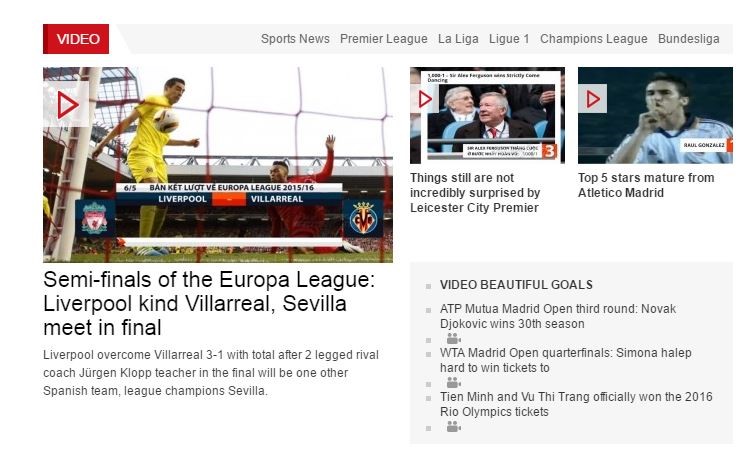 Liverpool kind Villarreal? And let’s not even get into the nonsense in the sub-heading. In 10 years, this machine is not learning very quickly.

Translation from Vietnamese to English is a moderately extreme example, but even so, the country is an emerging economy with a huge amount of foreign investment from western nations.  The translation should be better.

Businesses looking to venture into these types of emerging markets cannot rely on search engine translations to deliver a legible message to foreign readers.

Google Translate even fails in more established markets such as this payday loan advertisement in Russia:

Poorly structured sentences in any language will grate the majority of readers and modern day consumers are more inclined to leave websites that are not user-friendly.

Business owners that rely on Google Translate or other automated online translation tools will not communicate to overseas consumers effectively. Ultimately you will miss out on sales.

A 2015 report compiled by the Department of Business, Innovation and Skills (BIS) revealed UK businesses are missing out on £48bn a year in revenue to foreign markets because of the failure to address language barriers.

Google Translate may boast the ability to translate 103 languages, but how many of those deliver understandable communication? Very few.

But Google still has the edge over Bing when it comes to translation. This may not sound too surprising or alarming until you discover that the translation algorithm used on popular social media networks, Facebook and Twitter, is powered by Bing.

The automated translation tool on social media is arguably used more than Google translate. So how could this affect businesses that use social media as a platform to raise brand awareness and conduct customer care?

The statistics indicate that businesses should not be worried. They should be very worried.

A study of translated tweets revealed Bing’s online automation tool is an “utter disaster.” Less than 50% of suggested translations were inaccurate.

The most alarming aspect of the study is that the five languages used are the most commonly translated languages into English; French, Spanish, German, Italian and Portuguese.

English to French had an accuracy rate of less than 10% whilst the best performing translations were in Italian with 46%. There is also a considerable time lapse before a translation appears which runs against the grain of user-experience.

Jack Doresy, the co-founder and CEO of Twitter acknowledged foreign tweets do not happen in real time and “translation is not great.”

For an industry that emphasises the need for businesses to deliver a good user-experience, the free automated translation tools they provide fall short of their own agenda.

Yet, social media networks and search engine companies insist on using low quality tools. And at what cost to businesses that rely on them?

Take a look at the advert posted on Twitter below. The translation is from Arabic to English. Do you know what the manufacturer is advertising? And does the tag line translation even make you the slightest bit interested in this product? 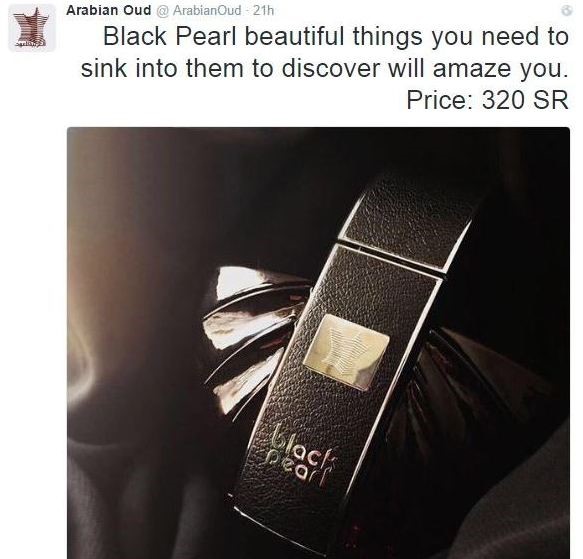 Whilst it is fair to argue that technology has improved methods of communication between foreigners, automated tools still lack the proficiency businesses require to deliver a succinct marketing message to non-native speakers.

Ask a professional translation service provider about the progress of translation tools and you will probably get a mixed response.

On the other hand, translation tools for practical every day use has come on leaps and bounds in a short space of time.

Google is arguably the leading light in automated translation tools, and although it does serve a purpose for travellers and people with family and friends that speak a different language, there are still important lapses in translation as this video glorifying Google’s World Lens app points out.

So Google translates “We Sell Gold” to “We Eat Gold” in Spanish. Although consumers can work out glaring mistakes such as this, you have to wonder why technology companies are not addressing these issues before the technology goes live in the public domain.

Is it too unreasonable to expect that after a decade of developing machine learning translation software, this simple error cannot be rectified?

Maybe technology companies will fix basic problems in the near future, but given search engines and social media networks actively provide a worldwide translation service online, business owners are more likely to take the cheap option and rely on free online tools.

How many business websites will be harmed by the simple errors automated translation machines cause in the meantime?

It doesn’t help the issue when mainstream newspapers promote these inadequate tools. In an article titled “The Language Barrier is About To Fall,” the Wall Street Journal say:

“Today’s translation tools were developed by computing more than a billion translations a day for over 200 million people. With the exponential growth in data, that number of translations will soon be made in an afternoon, then in an hour. The machines will grow exponentially more accurate and be able to parse the smallest detail.”

Mainstream media networks may want to put a positive spin on the advancements in the field of machine learning, but the real-life evidence proves this statement is grossly misleading.

Translation technology may make the grade for home use, and apps like World Lens do benefit globe-trotting travellers, but at present there is no place for this type of technology in a commercial environment.

And it is likely to be many years before machine learning can match the skills required to translate language to a proficient level.

The danger of translation tools for businesses

The greatest challenge businesses face when investing in foreign markets is the language barrier. The second biggest challenge is understanding culture.

To date it has been customary for international companies setting up a new business or investing in foreign firms to use professional interpreters for means of communicating with potential partners and drafting business contracts. It is a sensible move.

However, with advancements in technology, software manufacturers have the marketing power to turn the heads of business owners and tempt them to look at cost-effective solutions.

In 2014, Skype introduced a real-time translator. It’s a nice idea in theory and it is possible to have a bungled conversation with a few laughs along the way. But when you’re talking business, things could get messy.

Microsoft has been researching speech recognition for the past decade to develop Skype Translator. The software incorporates machine learning capabilities and “an intense focus on user experience.”

In reality, the translation technology is lagging behind professional linguists. Just like every other piece of translation software.

Even the launch event of Skype Translation highlighted frailties. It is not unreasonable to suggest Microsoft would want the first public demonstration of their automated translation tool to work, but the German to English translation produced this pearl:

“I have many meetings with my colleagues in Redmond and I take the opportunity to see her fiancé my.”

Quartz Magazine trialled Skype Translation by putting the software through a Chinese to English stress test, an anglo-chinese exchange that is growing in importance for international businesses and politics.

On the whole, the team at Quartz found Skype Translator to have moderate success with basic conversation from English to Chinese. But when having a “meaningful one-on-one conversation,” it proved to be woefully inadequate.

In a business environment, Skype Translator is not reliable. And failure to communicate could mean the loss of business or worse, a misunderstanding that results in a substantial financial loss after making an investment.

The value of professional translation services

It is understandable that businesses want a quick-fix, low cost solution, but it is a mistake to believe that translation tools provide the answer.

Relying on the most cost-effective methods often proves to be a false economy. In the field of professional translation services, you typically get what you pay for and if you try to cut corners you will not be rewarded with the same level of quality you require to make a profit.

Many business owners consider language translation as a cost. In reality it is an investment. Not only do most professional linguists have to be language experts, they also have qualifications in specialised areas such as marketing, contract law, software development and human resources.

Technology companies may be making strides towards improving translation software, but the complex rules and nuances of language are a strong indication that the reliability of such technologies will not be available in the near future.

And even then, it is questionable whether technology will completely replace the need for professional interpreters.

A computer can only translate language it has learned. There is no way for machine learning to intuitively understand social conventions and language structure to apply semantic, syntax and phonetic rules.

Not all words have one meaning. The significance is taken within the context of a given situation or subject. A professional translator can intuitively determine such meanings because they are familiar with the environment such words are used. Computers are not.

After a decade of development, automated translation tools have grasped the basics of languages. It is doubtful technology will resolve the complexities of language in the next ten years.

This quote from Wired Magazine sums up the current state of automated language tools.

Translating languages is not easy and the level of quality required in business settings requires the skills of a talented linguist with qualifications in specialist fields.

Online automated translations tools may be free, but by cutting costs and using technology over professional translation services, businesses risk losing revenues from international markets. Expecting a computer to convert a marketing message that sells is an expectation too far.