How Should Companies Approach Internationalisation in 2020?

How should companies approach internationalisation in 2020?

The way companies approach internationalization process has changed drastically over the last decade. Just 10 years ago, the ‘one-fits-all’ method was generally considered to be a good standard across majority of business sectors. Companies and organizations believed, that because a campaign worked well in one market, it would also naturally work equally well elsewhere, even overseas, bringing the desired ROI. 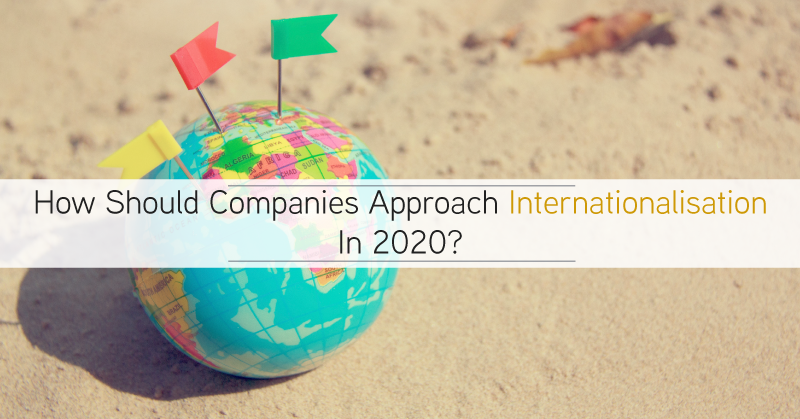 Today however, the general attitude companies have towards approaching foreign markets is almost completely opposite. Although, due to globalization, the trends and purchasing behaviors can be considered alike in different markets across the world, consumers now better understand their individual value, and so they strongly prefer to be approached by organizations which are able to demonstrate a deep understanding of the chosen market and the potential customers within it. Some of the most successful international brands are able to clearly demonstrate their knowledge of the target market’s culture, believes and the stimuli behind driving consumer behavior.

As a result, a rapidly growing number of businesses, both large and from the SME sector, create highly localized campaigns, which target specific audience groups based on their location.

However, producing such campaigns, and later successfully introducing them to the target audience, requires an in-depth knowledge of the market itself and a number of the different surrounding factors, specific for the chosen country, which can have a strong impact on shaping the marketplace. These can include socio-demographic, cultural, economic and even religious or political aspects.

What about the language?

The correct use of language is an aspect heavily intertwined with each of the above factors. It is an essential element, distinct for each country, which can directly influence the outcome of any international campaign. In fact, recent studies show that majority of consumers in the European markets are much more likely to finalize a purchase, if the information about a product/service is made available to them in their native language. Interestingly, 1 in 5 people asked said to never buy products, if they are not able to find the information about it in the tongue they speak natively.

These studies truly show, just how important the correct use of language really is for organizations intending to enter foreign markets. A business, which targets international audience, but doesn’t provide localized information in the market’s native language risks not only damages to their brand image, but also the possible loss of 20% of their potential revenue from the very moment the company launches abroad.

Often, when an organization intends to effectively explore foreign markets, a simple word-for-word translation might not be quite adequate for the purpose of a campaign. In complex, international campaigns, the use of language is often only one of the key elements, which are essential to adapt in order to successfully target the chosen audience. In such case, a service called transcreation should be considered.

Visual elements, such as images or even colours, can also play a vital and central part in the campaign in number of countries, directly influencing consumer behavior; either positively or negatively. The same colour, for example, can mean two completely different things within various environments.

Ensuring that the visual aspects of your campaign evoke solely good emotions and allow the potential customers to create positive brand image in their minds might be key within a new, foreign market.  For example, the colour white, commonly associated with cleanliness and purity in the West, in many Asian cultures, including China, symbolizes death, on the other hand. These differences and nuances must be picked up in the process and accurately localized before going ahead with the campaign’s international launch.

Who should translate my materials?

When it comes to translating business or marketing materials intended for a foreign audience within an overseas market, the content should, without a question, be translated by a native speaker of the target language.

By ensuring this, your campaign will not only be translated accurately and reliably, but will also be carefully localized at the same time. A native linguist will be able to adapt your content specifically for your chosen market, bearing in mind all of the important cultural, linguistic or social aspects and elements; after all, they are also one of your potential customers!

If you’re thinking about expanding your business internationally, or are already in the process and need to translate your materials, simply get in touch with us on info@languagereach.com or call +44 (0) 20 8677 3775 and a member of our team will be more than happy to discuss our services and how we can help you in reaching out to your target, international audience.