My Experience of Customer Service in Japan |

My Experience of Customer Service in Japan 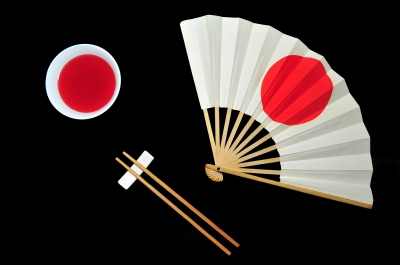 I’ve had my fair share of customer service experiences, in fact I’ve been on the other end, having worked in hospitality for a number of years. I would like to believe that I know a thing or two about what customer satisfaction truly means…or do I? I mean while this statement is true here in the UK, it may not correctly correlate in other parts of the world. How attentive should a customer service representative be? You don’t want to seem too intrusive, but coming across as negligent is a big no! What’s the best way of greeting a customer in a restaurant for example? Should you ask how the customer is doing or is a simple ‘hello’ sufficient? These are all questions that can be answered differently, according to the country you are in.

A few years ago, I came across an interesting article in the New York Times by Nate Silver titled ‘where to get the world’s best service’. In the article Nate compiled a list of countries with the best customer service according to a tipping index which explored the satisfaction levels of 400 international tourists. I found this article particularly interesting having had personal experiences in some of the countries mentioned on the list.

And after reading the article, I became further fascinated in researching the customer service in Japan and decided to go on a little quest of my own. I chose to go on this journey to see what I would experience, or to see whether I would finish my trip with a different perspective, I mean could it all be relative?

My method of research

My results were based on visiting 3 restaurants with different ratings. This would allow me to get a feel of different environments for a fairer conclusion instead of basing it off one experience or one type of setting.

I went into the journey with a preconceived idea of Japan as a very friendly country and the Japanese people as very courteous. From the moment I arrived at Tokyo, to the welcome I received at the hotel and to all the varied interactions I had with local people, Japan proved itself as a country that values customer service immensely.

I kicked off my customer service review by going to a 3 star restaurant. Prior to arriving in Japan, I took it upon myself to read into the culture. I was aware of the no tipping rule, but wanted to know if this was subject to restaurants and I soon learnt that the no tipping rule extends from restaurants to hotels and in any customer serving role in Japan. Tipping is viewed negatively because Japanese people believe that great customer service should be offered to each customer without a tip. So don’t be surprised when you find a waiter declining your tip.  And although I was aware of this concept, I felt somewhat guilty for not being able to tip when service proved to be excellent. But hey, that was the rule and I didn’t want to offend, so I kept my spare change!

Service is always upheld in Japan, and my first restaurant experience did not short fall of this. I dined at a small Tokyo restaurant where I was greeted by many smiling faces and even had a front row seat to experience the chef preparing our delicious food. But that wasn’t the only bonus, staff were never off beat and always remained poised with elegance. My waitress was very attentive, but not over bearing! As you can imagine I live in London where we prefer to be left when dining, but I was open to fully experiencing the culture so, if it meant that my allocated waitress would check up on me every so often, then I was happy for that to be the case.

My proficiency of Japanese is close to none, but I made sure to brush up on some table side manners such as never pointing my chopsticks at someone in the restaurant, or using the provided wet towel to clean my hands and not my face. I also made sure to learn the saying ‘itadiku masu’ which translates as ‘I humbly receive’. But enough about me, back to the service. I was treated with the utmost respect, and upon my exit, had a line of staff who had escorted me out. Not only did I have some of the best Japanese food, the service was one of the best I had experienced.

Much similar to a fast food restaurant in any part of the world, the service was very immediate. I also found that there were plenty of staff behind the counter, much more than I normally see. When waiting to order I thought it would be a good idea to analyse how staff were interacting with customers. They seemed courteous and greeted each customer with a smile, so when it was my turn I received the same friendly welcome. And although it was so fast paced, I never felt as though I was forgotten or that I was being rushed. The service was great in terms of the circumstances because there is just so much to expect from a fast food restaurant and in terms of fulfilling its potential, that certainly was the case.

The third and final restaurant that I reviewed was in Tokyo’s fish market. Tokyo is known for its great hole in the wall style restaurants so it was only fitting that I went to one. As you can imagine, it was jam packed with people and the queues seemed to go on forever, but that was part of the experience. I waited for what seemed like 10 minutes, and luckily managed to find a table in the small restaurant. The setting was very captivating with the aroma of the fresh foods lingering in the air. I had my meal relatively quickly and the only time I had any type of interaction was when I was ordering my food. I was greeted kindly and being a non Japanese speaker meant I was slightly confused, but a local English speaker explained some of the different dishes to me which was helpful. I had never been in such a small restaurant and didn’t know what to expect, but once again, the service was great.