The Oscar nomination committee were in the news again this week over claims that Hollywood is anti-ethnic – an irony considering the industry is dominated by Jewish owners.

In the build up to the illustrious Academy Awards which happened last week, the nominations for the Best Foreign Language film came under scrutiny due to its lack of non-white nominations.

Of the nine shortlisted nominees, all but two are European. Colombia and Jordan are the only two countries representing non-white continents. The seemingly biased nominations caused a foray of activity on social media criticising the Oscars committee for their lack of diversity. 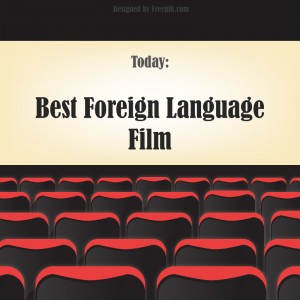 This year is not the first the committee has been labelled racist. In 2015, an African-American Twitter user, @Reignof April kicked-off the Oscars So White campaign to raise awareness that black actors were being overlooked for an Academy Award.

The campaign seems to have had little effect. For the second year running, no non-white actors have been nominated in the leading categories. High profile celebrities including Spike Lee and Jada Pinkett Smith have also voiced their opinion by turning down invitations to this year’s awards ceremony.

The Academy’s President, Cheryl Boone Isaacs expressed her regret for an inclusion in the lack of diversity. Boone Isaacs incidentally is African-American, but the majority of the Oscars voting committee are white males.

Film is a window into different cultures and languages

A recent article about the history of film shows how the use of language is important for communication and the medium gives viewers a glimpse into the cultural differences of other nations.

Yet it is notable that World Cinema is typically reserved for independent cinemas throughout Europe and rarely shown in commercial outlets or on TV. Is there a discrimination against foreign language films in English speaking nations?

Oscar-winner Martin Scorsese championed the need for the preservation of cultural patrimonies to ensure the universal language of cinema will speak to future generations.

Do you think the Oscar Committee is biased towards whites and English speaking actors? Would you like to see more diversity of language in cinemas, TV and online videos? Tell us your thoughts by leaving a comment below.