The Impact of Slang on Language |

The Impact of Slang on Language 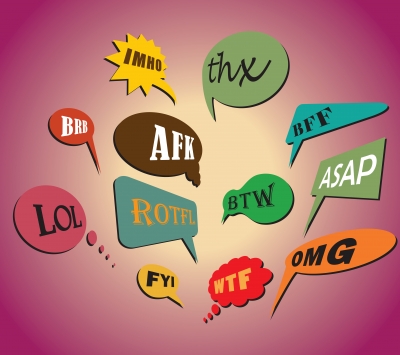 image courtesy of smarnad at FreeDigitalPhotos.net

Every year numerous new words and abbreviations find their way into the dictionary. Some may say this is all part of a language revolution while others can’t fathom how words, phrases and abbreviations used informally can be given such importance.

Popular terms such as ‘duckface’, ‘lol’ and ‘jel’ have all been included in the Oxford Dictionary and even professional translators must now be aware of those changes. And abbreviations such as ‘OMG’, ‘YOLO’ (you only live once) are now being widely used in everyday language by a number of people, especially within the younger demographic, but what does this mean for language in this fast changing and growing society?

Slang on the internet

One of the biggest devises that has helped to push this trend is the internet. Thanks to the internet, and the use of social media, developments in new words, phrases and abbreviations are easily accessible. And it’s not just the case that language is dramatically transforming, but with the power of accessibility, new words can easily be communicated to other groups quicker.

Twitter has also aided in creating  lingo and terms that its users regularly employ. The word ‘trending’ is also commonly used as a verb, which shows the power of the internet in influencing language.

But you probably wont be shocked to know that internet slang isn’t only in English, this trend is also widespread in non-English speaking nations where users have adopted their own versions of popular phrases. The term ‘LOL’ in French is ‘mdr’ which stands for ‘mort de rire’ meaning ‘dying of laughter.’ In Thailand the number ‘5’ represents the letter ‘h’ where writing ‘555’ is the equivalent of ‘ha-ha’ in English.

Slang is also very prominent in text messages, where words are commonly abbreviated. This style of writing does not follow the standard of English but instead cuts down words to make the process quicker.

But despite the argument of whether internet slang is changing the state of language or not, there is no denying the impact and relevance that it has and how quickly society has adapted to these new trends.