12 Unusual Christmas Traditions from Around the World |

12 Unusual Christmas Traditions from Around the World

Christmas is the season to be jolly. Certainly, in some countries, peculiar traditions provide enough entertainment to make sure that the seasonal cheer is enjoyed by everyone.

From traditional beliefs and ritual practices, we take a look at some of the cultures around the world and what they get up to during Christmas. You might, in fact, find some of them quite surprising! 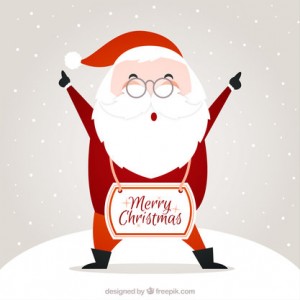 In the Netherlands, 5th of December is a special day, in honour of St Nicholas, also known to the Dutch as ‘Sinterklaas’. Dutch legend says St Nicholas hails from Spain and every year he arrives by steamboat in the company of his little helpers, called Black Peters (Zwarten Pieten) to hand out presents to children. The Black Peters are usually men with black shoe polish rubbed into their faces and dressed in medieval Spanish attire. Upon his arrival in Amsterdam harbour, Sinterklaas is greeted by the mayor and led through the streets by a brass band. On the 6th December, families and friends exchange quirky presents accompanied by a short poem. The presents are called ‘surprises’ as they are wrapped in a way that distorts the shape of the gift.

In Armenia, Christmas is officially celebrated on the 6th January which is in keeping with ancient tradition and the earlier Julian calendar. Before the Romans switched to the modern Gregorian calendar, this is the date all Christian churches celebrated Christmas. Because of a lack of Catholic authority in Armenia, the switch to the Gregorian calendar was ignored and the country retains the old tradition to this day. It is also a tradition to fast in the week leading up to the 25th December, which is broken by a meal of lamb and rice – Boulgeur Pilav – on Christmas eve.

Another country which celebrates Christmas in line with the old Julian calendar is Ethiopia. It is a tradition to fast on the 5th January and get up early on the sixth to attend Ganna, at 4am. It is customary to dress in a white toga, known as a shamma. After the service, men and boys play a game with curved sticks and a ball – also called Ganna. It is not a tradition for families to exchange gifts although young children are sometimes given small presents.

Christmas is a time for traditional foods and snacks in countries all around the world, but perhaps not everyone will be too keen to try the typical snack South Africans chew on Christmas morning – a handful of deep-friend caterpillars from the Emperor moth. Tasty.

One of the most fascinating Christmas traditions is celebrated in Catalonia, Spain. Catalonians do not consider themselves to be ‘Spanish’ in the traditional sense and have slightly different Christmas customs. They demonstrate their sense of humour with a Christmas character they call Caga Tio – which literally translates to ‘defecating log.’ The character is made from a small log which must be fed fruit, nuts and sweets in the two weeks leading up to Christmas. The more the children feed the log, the bigger it grows overnight. Parents will replace the smaller logs with bigger one’s over the course of a fortnight. On Christmas eve, the family gather around the log to sing Christmas carols and beat the log with a stick until it gives out little presents, by pooping…

The longest Christmas celebrations in the world are in the Philippines. They start decorating streets and playing Christmas carols as early as September and the celebrations continue until 6th January – which is traditionally known as The Three Kings or Feast of Epiphany. Rather than stockings, children leave polished shoes on window ledges for the Three Kings to fill with gifts.

Christmas is not traditionally celebrated in Japan as only one per cent of the population is Christian. However, one practice has caught on – “Kurisumasu ni wa Kentakkii” – which is a direct translation of “Kentucky for Christmas.” Kentucky Fried Chicken, of course. In 1974, the popular fast-food chain KFC orchestrated a marketing campaign to encourage the Japanese to adopt western Christmas traditions. The campaign worked 40 years ago and has done ever since because in Japan, “at Christmas, you eat chicken.”

On Christmas Eve in the Venezuelan capital of Caracas, children go to bed with a piece of string tied to their toe and hang it out of the window. In the morning, as people make their way to early morning mass, they will give any hanging pieces of string a friendly tug. If that isn’t unusual enough, the tradition is also for the entire city to make their way to church on roller-skates. The roads are closed off until 8am.

The people of Iceland don’t have a Santa Claus to bring them gifts – they have 13 goblins. Known as the 13 Yuletide lads, the ‘Jovlasveinar’ are magical imps that live in the mountains and come down to the city one day at a time from the 12th December. The tradition dates back to at least the 17th Century with the somewhat sinister story of Gryla and Leppaloui, a couple of child-eating ogres. The 13 Jolasveinar have names that translate into Gimpy, Gully Imp, Itty Bitty, Pot Licker, Pot Scraper Licker, sausage snatcher, bowl licker, door slammer, window peeper, doorway sniffer, meat hooker, candle beggar and yoghurt gobbler. Icelandic children leave shoes on their windowsills in the hope that the Yuletide lads will leave them gifts.

Scandinavia is well-known for other peculiar traditions. In Norway, for example, folklore talks about witches and other evil spirits which roam the skies on Christmas Eve. This ancient belief continues to give rise to modern rituals in several ways. As witches are believed to ride on broomsticks, it is customary for families to hide their broomsticks away. In rural areas, a band of men will gather with guns and fire off a volley of shots outside everybody’s house to scare away the evil spirits. Another believe is that the visiting spirits are deceased family members, and some families will leave out a plate of food for their dead relatives.

It is customary in Argentina to gather for a late meal with friends around 10 or 11pm – typically a barbecue with all the trimmings. After wolfing down seared steaks and morcilla desserts including Pan Dulce, a sweet Christmas pudding are wheeled out. At midnight, the skies light up with fireworks and presents are exchanged. Young revellers then head out to nightclubs with their friends and party until after sunlight.

The Christmas season in Colombia begins on the evening of the 7th December to celebrate the Immaculate Conception the following day. The occasion is known as “La Noche de las Velitas” which means Night of the Candles. Towns are cities are lit up with candles and paper lanterns which people hang from their balconies, outside their homes, in the parks and along the street. It is customary to get together with friends and share snacks such as bunuelos and natilla and drink fortified wine and the national throat-burner, aguardiente.

Language Reach would like to take this opportunity to wish you all a Merry Christmas wherever you are in the world – and enjoy whatever it is you are doing.