Culture In Marketing: How To Successfully Globalise Your Brand

Culture In Marketing: How To Successfully Globalise Your Brand

How do you market your business to people from various cultures and geographic locations? Let’s explore culture in marketing for your new, globalised brand.

Imagine that a company plans to globalise its business with hopes of increasing its net yearly profit by millions. The calculations have been done based on market demand, and the business owners know it’s possible to achieve high returns on their investment.

However, after launching their new marketing campaign in the foreign country, the business loses the thousands of dollars they invested into the project and experience a major loss.

It’s because the business’ marketing campaign was offensive to the local people and due to a small but crucial oversight, the new market immediately boycotted the brand.

The situation is not uncommon. One person even rounded up a few of the worst cases where you can see such lapses of judgement from some of the biggest brands in the past.

These incidents embody the phrase, “think globally, act locally.” This term originated from environmentally-focused groups, but it’s easy to see how it applies in marketing and culture.

There’s no denying the impact of culture in international business. Local laws, traditions, values, religion, ethnic background, and dominating group behavior are what carve a person’s perception of your brand.

Navigating culture in marketing continues to be a challenge for businesses. Thankfully, we’ve got a fairly solid foundation to build on in Hofstede’s Six Dimensions of Culture. 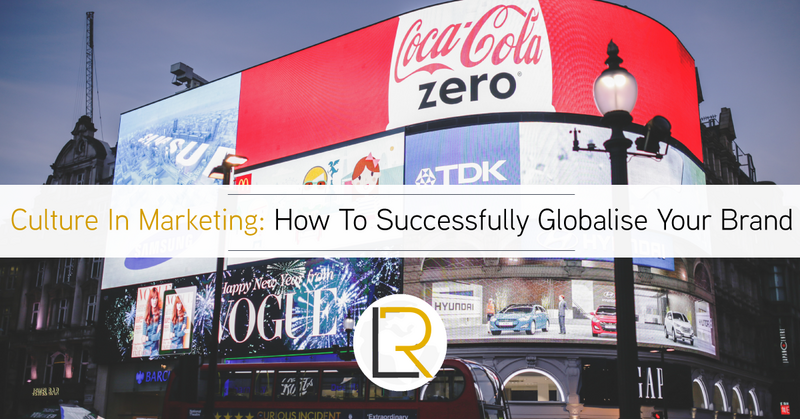 The Six Dimensions of Culture

Power Distance — The degree of inequality that people allow and accept between those in power and those below them.

Individualism — The extent to which individuals in a culture focus on independence and individualism versus having a collective or group-oriented mindset.

Masculinity — The measure of how “tough” or assertive people are and how single-minded their focus is on winning; as opposed to how “tender” they are and focused on caring for others.

Uncertainty Avoidance — The extent to which people will go to avoid unknowns, versus showing acceptance and being comfortable experiencing unfamiliar things.

Long-Term Orientation — The time horizon measurement. It defines how a group embraces change, values savings, focuses on living for the long-term versus living for the short-term and sticking to traditions.

Indulgence — The societies that have high indulgence tend to live in the now, fulfilling their impulses, while low indulgence societies practice restraint. 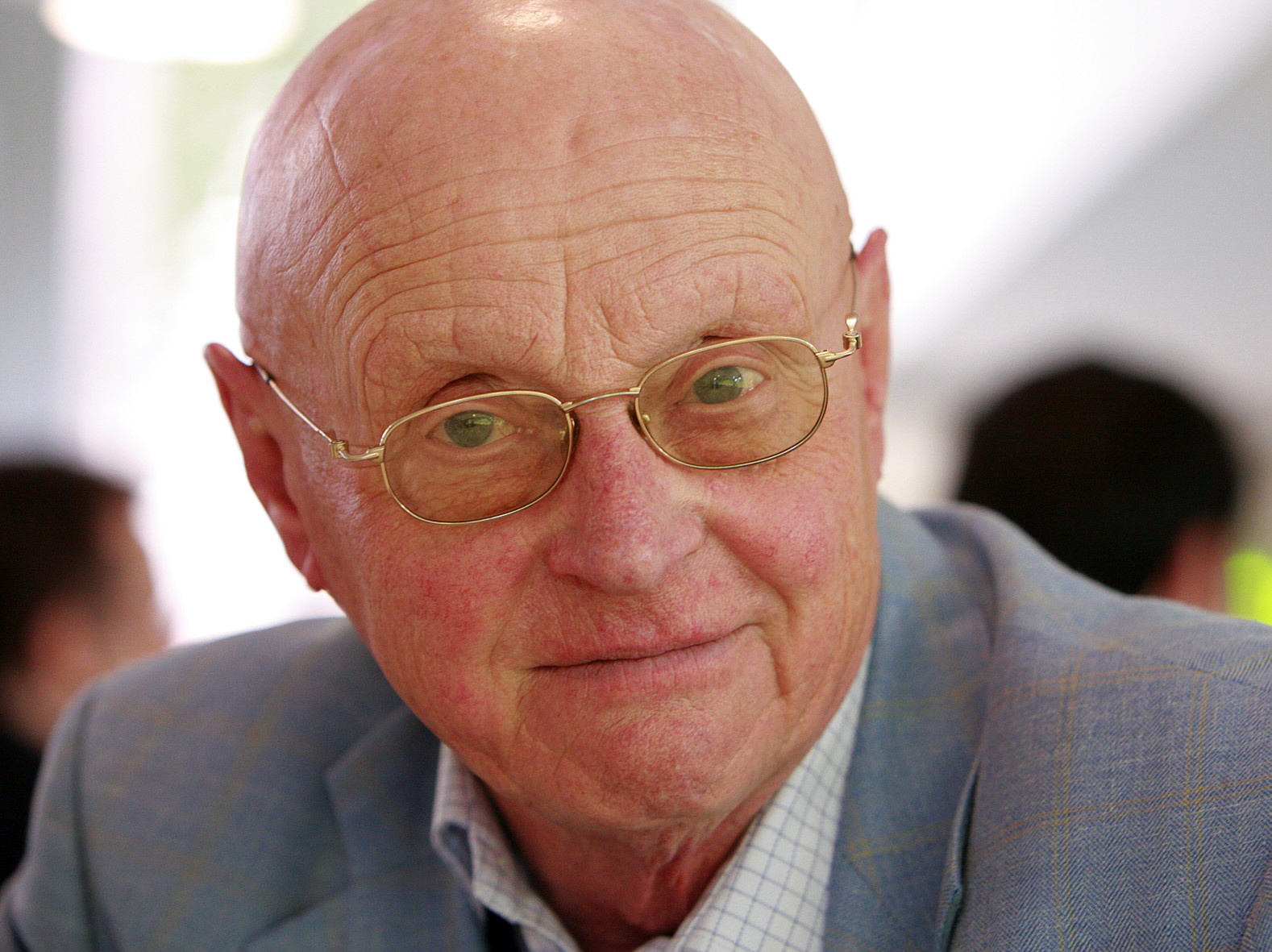 How To Apply Hofstede’s Dimensions In Marketing

Hofstede went on to rate countries around the world on a scale of 1-100 for each dimension. If you’re wondering where your country stands, you can find out here.

When it comes to breaking down the role of culture in marketing, we’ll draw from a few larger countries’ ratings to illustrate the practical applications and demonstrate the impact of culture on marketing strategies.

Let’s tackle one of the newer dimensions, indulgence. A society like India has a fairly low indulgence score of 26. For Indians, it means they spend a lot of time working and have little time for leisure.

To appeal to most Indians, then, your marketing campaign should highlight boosting productivity at work and getting the most out of one’s precious leisure time.

These two countries are loosely located in the same area of the world. However, their cultural differences show just how mindful one has to be when marketing globally.

You could not only get away with it, but you could very likely achieve significant success by marketing your brand with a heavy focus on benefits over features to the British.

You might, perhaps, use a video depicting how your product would enhance the lives of British people by having a Briton display positive emotions after using your product.

As for the French, you’ll need to justify the supposed benefits and highlight specific proof of each claim you make before expecting them to dish out any money. In addition to the benefits, what is the realistic value you’re adding to the lives of the French people? How exactly will the features of your product do it?

French people are particularly annoyed by the “hype” marketing techniques the US uses. Americans always call their products the best without any backing or records to show how that’s true.

The US doesn’t only call their products or services the best with no case to back it up, but they also put their individual selves on pedestals thanks to a highly individualistic culture.

For the most part, Americans love to show out. And if you can’t tell an American what’s in it for him, he probably won’t buy whatever it is you’re trying to sell.

One of the most persuasive advertising techniques you can adopt in America is to draw out a feeling of achievement through your marketing long before you focus on getting the sale.

In marketing to the US, creating vivid expectations compels people to purchase by tapping into desires, building connections, and keeping your business top of mind since it’s easier to remember feelings.

You’ve probably heard this famous quote from Maya Angelou before:

What Is The Impact Of Culture In Marketing Communication?

Cultural differences and their effects on consumer behavior mean it’s essential to learn as much as you can about your new target market.

What might be funny in your home market could hurt, offend, or fall flat in another country. You should also pay attention to subcultures in marketing, especially if your target country takes in immigrants, refugees, or if they have a lot of expats.

Each defined group within a larger target market has unique ways of reading your brand’s messaging.

So how do you communicate your message clearly through words and images?

Greenbook labeled the differing perceptions each country has as “cultural codes.” And they illustrated with an example from a Hilfiger ad. Notice the distinct differences in the Western cultural codes versus the Chinese cultural codes of the same ad below. 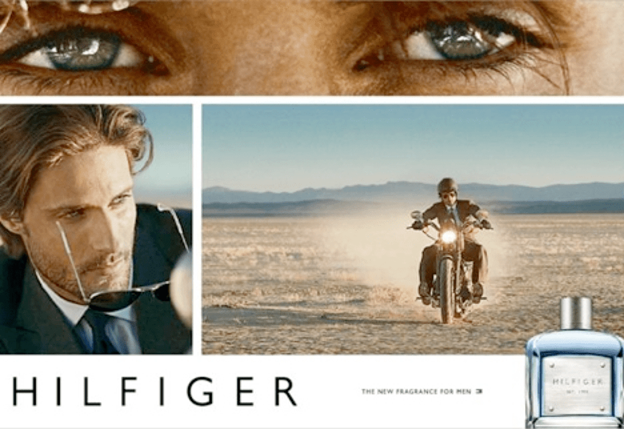 Let’s return to another one of Hofstede’s dimensions. China, which has a high power distance, would be more accepting of an image depicting hierarchy rather than one which shows collaboration, which would work better in the US which has a low power distance.

Meanwhile, it takes a lot of discernment when marketing to a country such as Japan, where they are very implicit in their communication for the sake of being polite and saving face.

Ross Rowbury, a communications strategist and CEO of Edelman Japan, explained in The Japan Times that, because the country mostly consists of Japanese people, their culture is fairly homogeneous throughout the nation — and it’s something the Japanese people are proud of.

They’ve even created some expressions highlighting how they don’t need or want to explicitly communicate. Rowbury stated:

“This [mentality] gives rise to such typical Japanese concepts such as ‘aun no kokyu,meaning attunement’ and ‘kuuki wo yomu,’ the ability to ‘read the air.’

It has also led to something that I am sure many long-term foreign residents of Japan have heard at one time or another: ‘We Japanese understand each other intrinsically. We do not need to make an effort to proactively communicate with each other.’ “

In recent times, however, this cultural stance has seen some change.

Rowbury notes how the younger generation is rising up to challenge traditional Japanese norms by encouraging more proactive communication. The youth are also addressing Japan’s high masculinity culture which is sometimes depicted in what many locals now view as sexist ads.

Japan, of course, isn’t the only country that sees cultural change over time. When marketing your business, you have to appreciate the evolution of culture.

This applies within your home market as well, where you can probably think of a few ways culture has shifted in the past few years.

Ideally, you’ll want to conduct tests to find out what branding elements, imagery, and messaging work best in both your home and global markets.

A final note: It’s not enough to make sure you’re not offending new markets when you start to globalise your business. Even before that, do your best not to offend foreigners through local marketing campaigns.

Take Cadillac’s ad for their new ELR in 2014, which even their home target market in the US viewed as being too pompous all while offending the French. Ford took advantage of their rival’s lapse in judgment by creating a similar — less offensive — ad of its own. Have a look below:

Not only did they offend a whole foreign country, but Cadillac lost touch with its own home market where people value hard work and love to root for the little guy.

Remember, drifting too far from existing cultural values and beliefs will hinder, not help, to form a connection with your target market. Focus on cultural appeal, be mindful of how people perceive your brand, and you’ll soon be on your way to successful globalisation.